SARAJEVO, January 10 (FENA) - The Institution of Human Rights Ombudsman in Bosnia and Herzegovina, through the monitoring of the situation in the field of migration, has recorded a number of shortcomings in the system in dealing with this challenge, although it was assessed that BiH is not a destination country for migrants, but a country of transit.

One of the shortcomings identified is the issue of registration of asylum seekers and the need for a more efficient regulation of the legal status of those persons, and this problem resulted in the fact that 90 percent of persons who entered BiH ended up in a legal vacuum.

The Special Report on the situation in the field of migration has identified another defect within the Asylum Sector that was unable to respond to all requests in accordance with the Law on Asylum, as only two persons were engaged in the segment of the registration and treatment in the asylum process.

Insufficient coordination of institutions and shared competencies in this case has proven to be a defect, which is also present when it comes to fulfilment of the rights of the BiH nationals as well.

Lack of cooperation at the regional level, especially between neighboring countries, has also been recorded, which slows down the implementation of the Readmission Agreement, but there are also lack of readmission agreements with migrants’ countries of origin.

The Human Rights Ombudsman Jasminka Džumhur told reporters today that decision makers must take all measures to deal with this situation, which includes, above all, the strengthening of the Asylum Sector until the situation with the illegal entry of migrants does change.

She pointed out that among the migrants there are a significant number of children without parental care, who are mostly male and most of them are located in the Una-Sana Canton, and they should be transported to Sarajevo, accompanied by representatives of social care centers, to be properly registered.

“If the registration process does not occur on time and in an adequate manner, such persons become potential victims of human trafficking. There is also the problem of children born during migration. The mothers leave the hospital, but the child's registration is not completed, and thus, they may also become victims of trafficking,” warned Džumhur.

She noted that that there has been progress in ensuring the basic living needs of migrants and praised  the efforts of the Una-Sana Canton institutions, pointing out that the local community has made great efforts to keep this situation under control.

She also recalled that the European Union did not allow the establishment of a reception center for foreigners in BiH near the border with the EU (Croatia), and when the Republic of Serbia was in the same situation, the EU allowed Serbia to establish such a reception center.

As it was stressed today, migration processes are in fact a European problem, and the resolution of this problem is being tackled with considerable financial assistance from the European Union.

The Report also offers a number of recommendations, some of which refer to the provision of additional accommodation facilities, adequate law enforcement, staffing, and resolving of the readmission issue with neighboring countries, as well as countries of origin of foreigners coming to BiH. 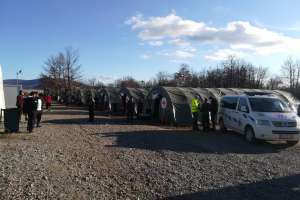 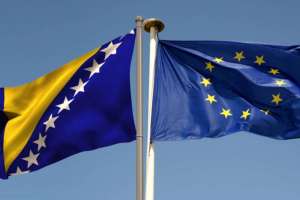 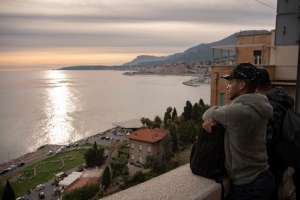